Even up the odd with variable rate seed

In this blog post, RHIZA Technical Manager Sam Fordham provides detail on how VR seed planning has changed and why its such a good investment for your fields.

Variable seeding is often recognised as the fastest return on your investment with VR inputs and generally the benefits can be seen in the first year of implementation. Reducing limiting factors caused by poor establishment will in turn boost the overall yield of a field – however we do need to consider what we are trying to achieve with VR Seeding.

The first thing to remember is that compared to nutrition and crop protection spends, seed is relatively low cost and whilst being the first application in that crop’s life, is arguably the most important to target and get right. You can’t go out in the spring and throw a bit more seed at the thin areas and expect the same yield potential as an autumn sown crop.

VR seeding has historically been used to even up the establishment and provide a more homogenous crop going into the spring enabling growers to have greater efficacy of spring inputs. Generally, Soil type will drive variation in crop establishment, but VR seeding can also be used to target other areas of interest, such as weed pressure, pest pressure, turning headlands and shading.

Once emerged from winter, we switch from the ‘establishment’ to the ‘development’ phase of the crop’s life where yield is very much set by the weather between February and harvest. VR Seeding allows us to ensure that we have not set any limiting factors from the point of establishment and no areas of the field drops below the desired plant count coming out of winter (GS21-23) allowing for maximum yield potential. 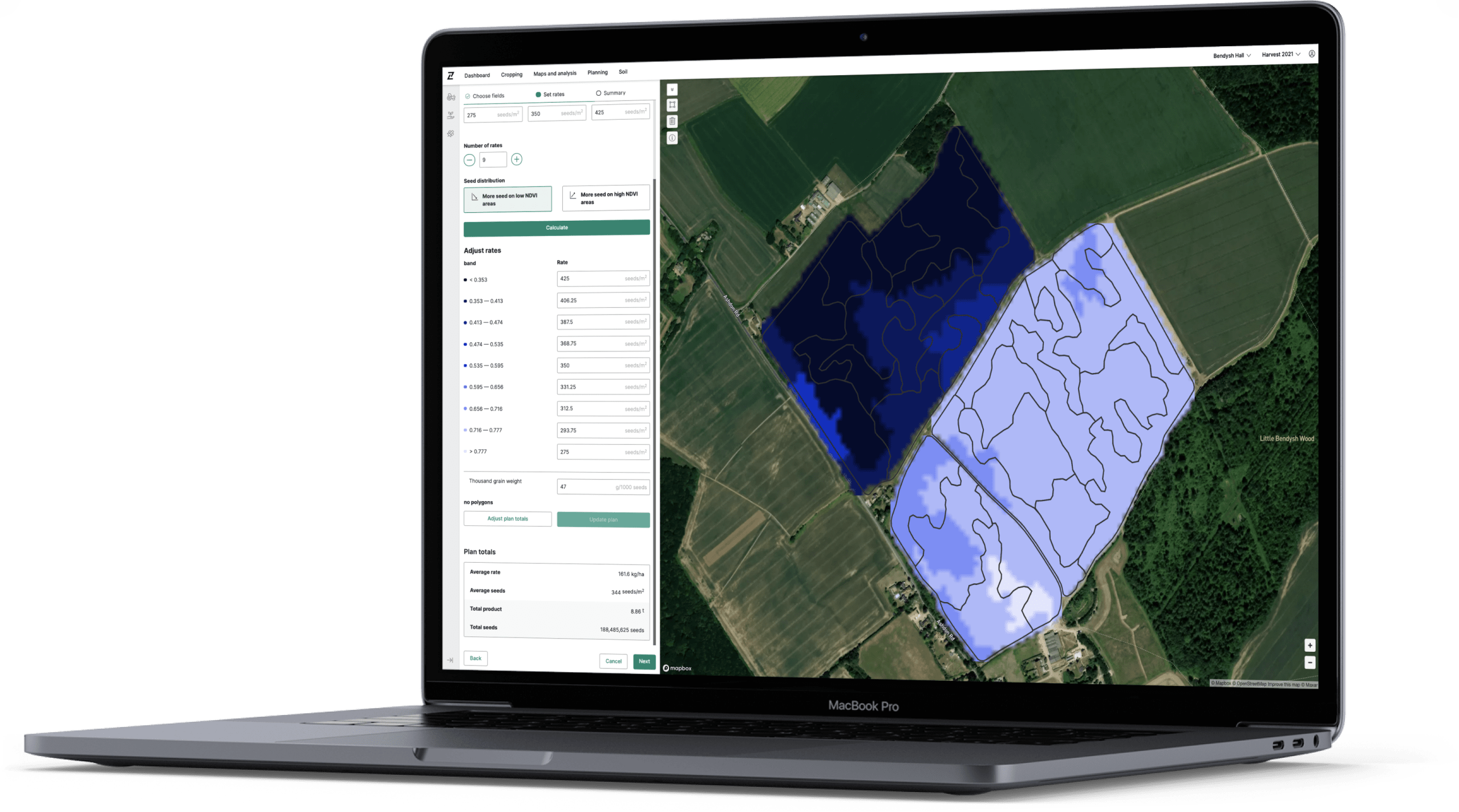 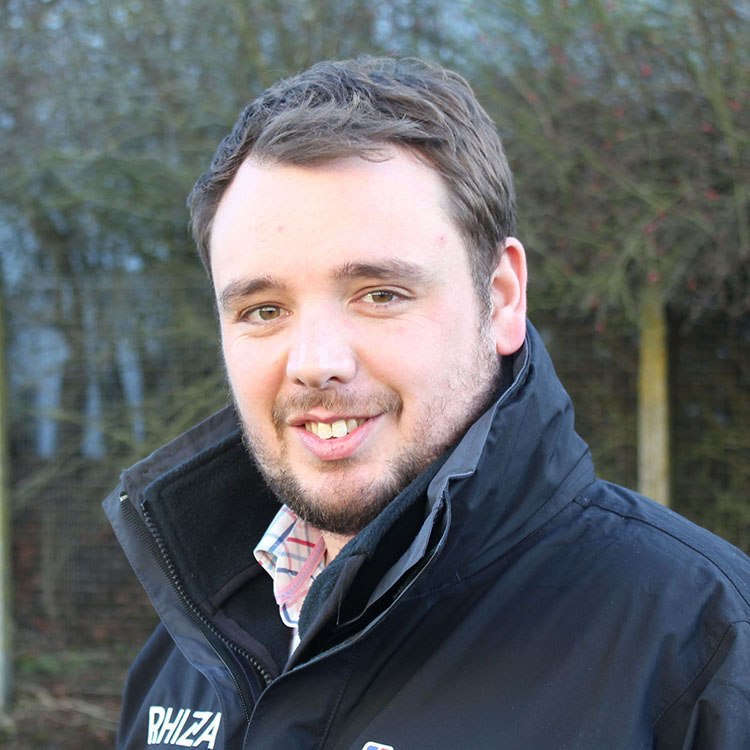 Historically VR seeding has incurred expensive set-up costs such as EC mapping and texture analysis, but the progression in satellite imagery in the agricultural arena has allowed for more cost-effective solutions to be developed. A satellite imagery (NDVi) map from January to March will give a very good indication of how a crop has emerged from winter and therefore what the establishment of a field is like. This map can then be used to generate a seed plan in future years.

RHIZA have been utilising these maps for seed planning for several seasons and have found that the best establishment maps come from winter cereals. OSR variation can be caused by several factors that do not relate to soil type. Therefore, it is important that care is taken in choosing the correct map and that you can interpret whether it is soil type alone that is driving the variation shown. For example, a drainage issue that has affected crop establishment in one year may have been resolved and therefore will not be an issue in future years.

The Contour platform now has a very simple planning tool that allows growers and advisors to create detailed VR seed plans from satellite imagery. Up to 4 years of historical satellite imagery can be provided allowing users to pick the best representative image to plan from. Planning can be done in either Seeds/m2 or Kg/Ha, rates edited, and recommendation reports/GPS files exported in a matter of minutes. Polygons can be added for areas of concern such as Blackgrass or slug pressure and rates assigned to these. With an entry level price of £3.50/Ha (self-serviced) VR seeding has never been so accessible or affordable.